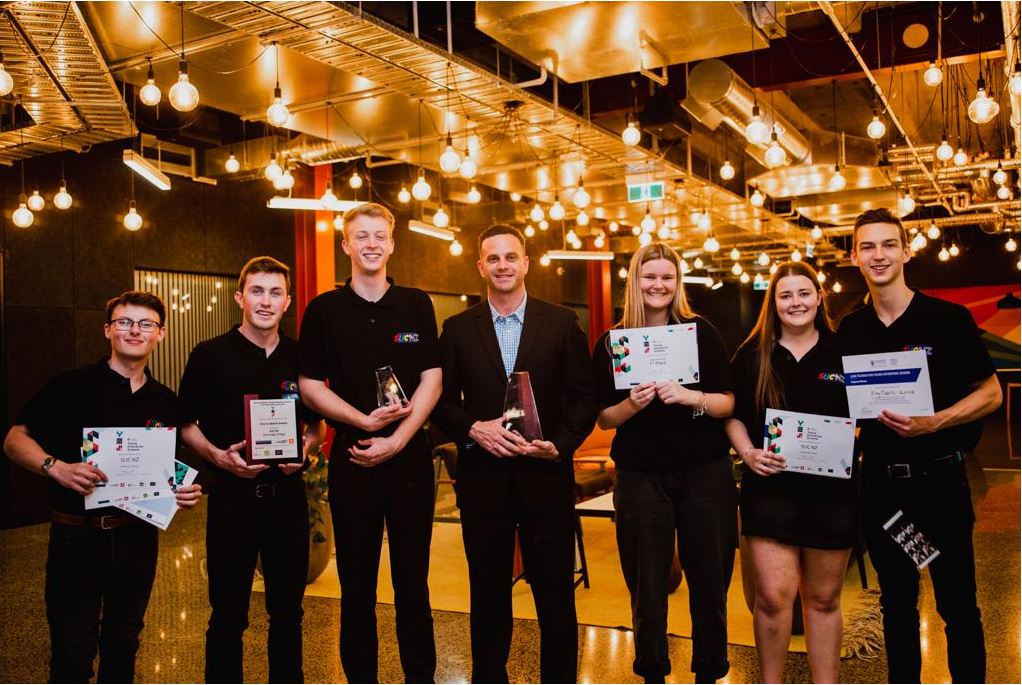 Posted at 13:09h in General by Roisin Lamb
0 Likes
Share

2020 saw a total of 10 Eastern schools hosting almost 80 YES teams in the Young Enterprise competition. Needless to say, Co4 and SLICNZ performed very well to make it to the finals night, which is only the top 8 teams in each region. At this event, teams pitch their business idea to judges from very experienced business backgrounds, before tackling a short Q&A session after their pitch.

Both Co4 and SLICNZ had professional pitches that drew “ooo’s” and “ahhh’s” from the crowd, giving us some confidence heading into the announcement of winners. Co4 took out 3rd in East Auckland after they delivered a flawless pitch, and SLICNZ managed to bring home the gold with first place in East Auckland, after judges were truly blown away with their unique product idea and impressive level of sales in only half a year of business.

Both teams took out a series of awards on the night.

SLICNZ also managed to win a ‘National Excellence Award’ (only 10 given out nationwide). This award comes with tickets to Wellington and $2000 cash. On December 10, SLICNZ will travel to Wellington to pitch their idea at Nationals against the top 21 YES teams in the country for 2020!