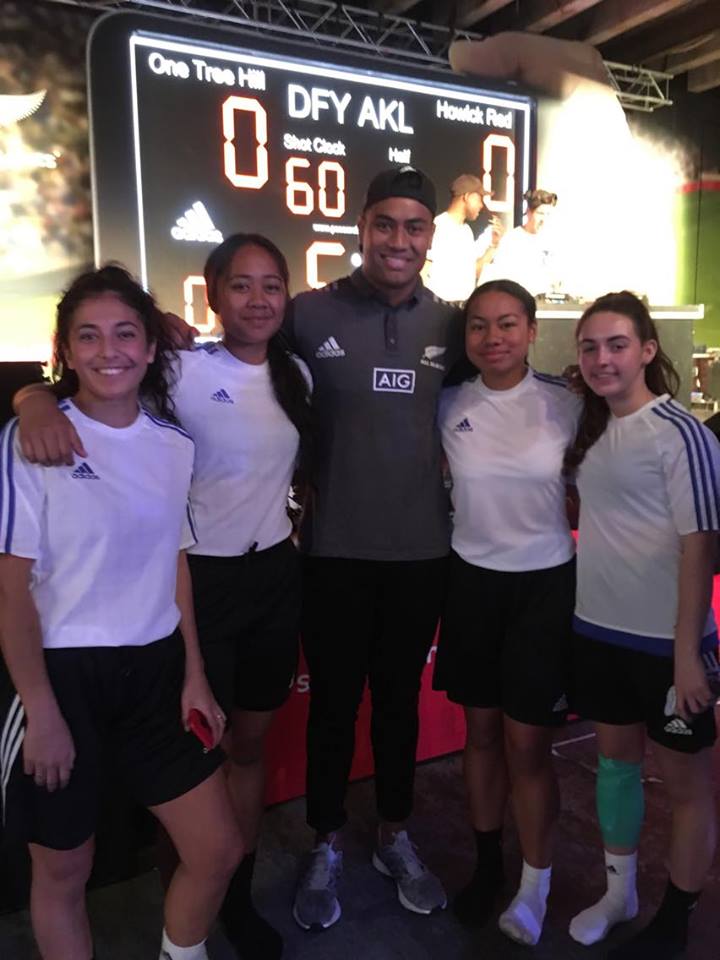 On Friday 23rd June, four of our female touch rugby stars went along to an Adidas NZ event that was held to promote the All Blacks and Lions Tour. It was held at the Fan Zone on Queens Wharf, in Shed 10 where artificial turf had been installed as the touch field.

The game was a modified version of touch that was extremely fast-paced, played on a field 10m long and 22m wide. In their first game the girls beat Glendowie 35-0, then won the second game against Botany 17-5 and won their third game against Ponsonby 25-0. As a result, they made it into the semi finals, where they unfortunately lost to Auckland Girls’ Grammar 9-4.

As a result of making it into the semi-finals, the girls were given free performance gear and touch boots.  It was an amazing day, the girls really enjoyed themselves – they also got to meet some All Blacks!