Progress to the Crab 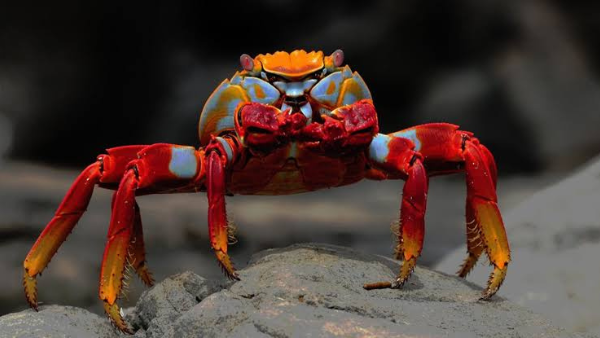 03 Aug Progress to the Crab

Posted at 10:40h in Student Blog by Jenna Edwards
Share

Crabs are one of the most optimal life forms in existence. This is not an exaggeration, but a fact upon which the ocean’s ecosystem balances upon. There are over 7,000 species of crab, found in every part of the world. They are in the sea, lakes, rivers, land, and on some occasions the sky (by virtue of predatory birds feeding on crabs). They occupy various roles in the food chain wherever they exist.

This range in both biological niches and habitats are critical to the crab’s success over the last, two hundred million years that they have existed on planet earth. This biodiversity ensures that, no matter what happens, the crabs will survive. Asteroid hits in Mexico and wipes out all life on land? No problem, the crabs can go underwater. The ocean’s ecosystem is a mess? No problem, the crabs in lakes carry the legacy on.

Their persistence is not just what has ensured their success as a species. It’s also the fact that non-crab species will simply become crabs. This is a process named carcinisation, where a species with a non-crab form will take the form of crab. One such example is the hermit crab, which contrary to popular belief is actually more closely related to the lobster than a true crab. Most “false crabs” such as the king crab, now bear such a close resemblance to crabs that the differences are incredibly hard to distinguish!

Other false crabs include the coconut crab and the porcelain crab! Something about the form of the crab is so optimal for their environment that species who do not bear the form of the crab have managed to evolve crab-like traits. Eventually, they become wholly crab-like as a result of natural selection. True crabs, on the contrary, have not changed greatly in form for millions of years! No matter the era, the crab has the most optimal form. The crab’s form has not changed, because there is no need for change.

So, if you’re thinking of living near the coast, living partially in water and partially on land, then reject humanity. Progress to the crab.