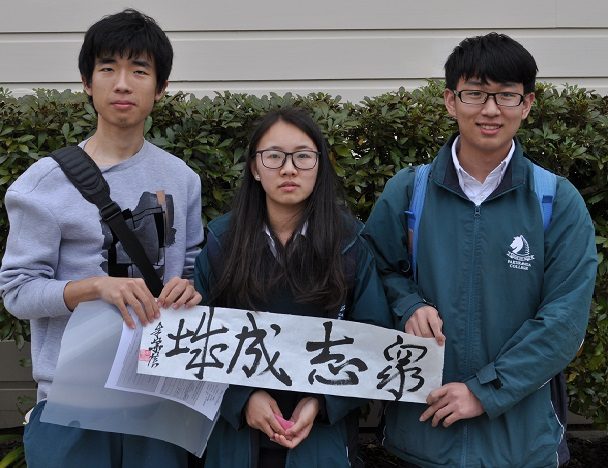 Posted at 14:20h in General by Roisin Lamb
0 Likes
Share

Students from Years 12 and 13 have won prizes in The 8th New Zealand Chinese Calligraphy Competition 2017 held by the Confucius Institute of The University of Canterbury.

The history of Chinese calligraphy is as long as that of China itself. Calligraphy is one of the highest forms of Chinese art. Performing at this level in the competition is a great achievement.