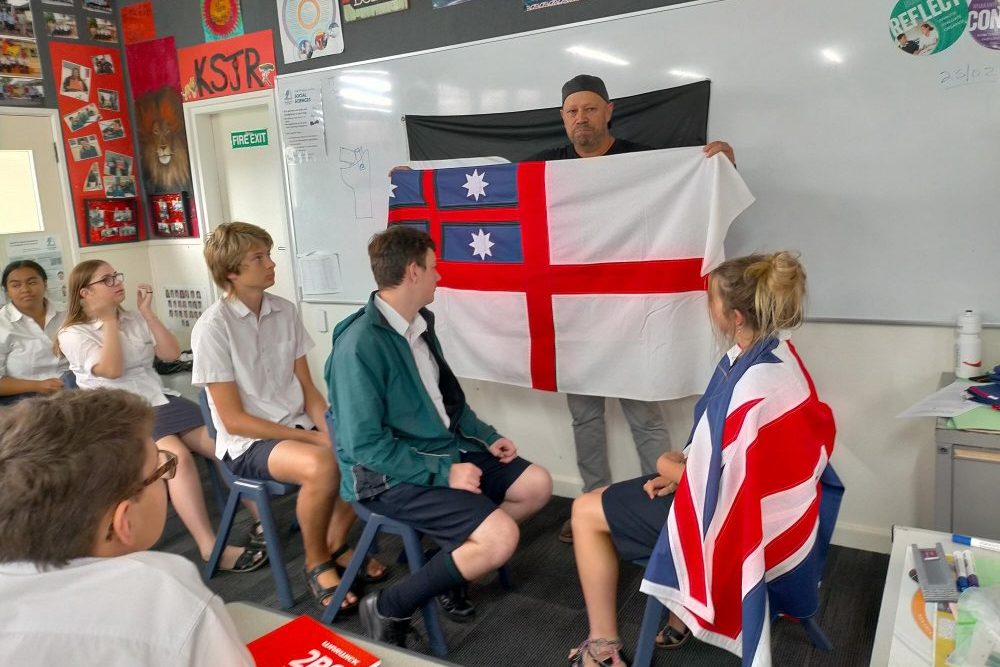 Posted at 11:19h in Academic by Roisin Lamb
0 Likes
Share

On Tuesday 23rd Februray,  the Year 11 History class had the opportunity of having Tereora Crane, a senior education specialist who works at the National Library attend our school and speak to us about Maori Activism in NZ.

To start, Tereora Crane gave a brief introduction about himself, his life experiences and knowledge involving Maori Activism and The Waitangi protests. He  continued to  explain how as a university student, he had been involved in a protest that happened in 1996 at the Waitangi Treaty Grounds for reasons concerning the Waitangi Treaty. Protestors, including the famous Maori activist, Hone Harawira had contacted the local police to inform them that there was going to be a peaceful, non-violent protest. However,  some children on the beach threw rocks at the line of police in the front, which resulted in police pulling out their batons to threaten the protesters. The protesters  including Tereora Crane, then held their hands up to show police that they were not a threat, however there was a standoff between the Moari protesters and the police.

He then had us answer questions to see how much knowledge of the Treaty of Waitangi and Maori Activism we had and decided to have volunteers from our class come up to demonstrate the events that occured in 1840 concerning the Waitangi treaty. This created a more vivid image in our heads which made us gain a better understanding about the agreement between the Maori and Pakeha as well as what led to protests occurring later on.

When the class ended, I was given the opportunity to say a mihi (speech) on behalf of 11 History to thank Tereora Crane for coming to our school and sharing his experiences and knowledge with us about Te tiriti o waitangi and Maori Activism.