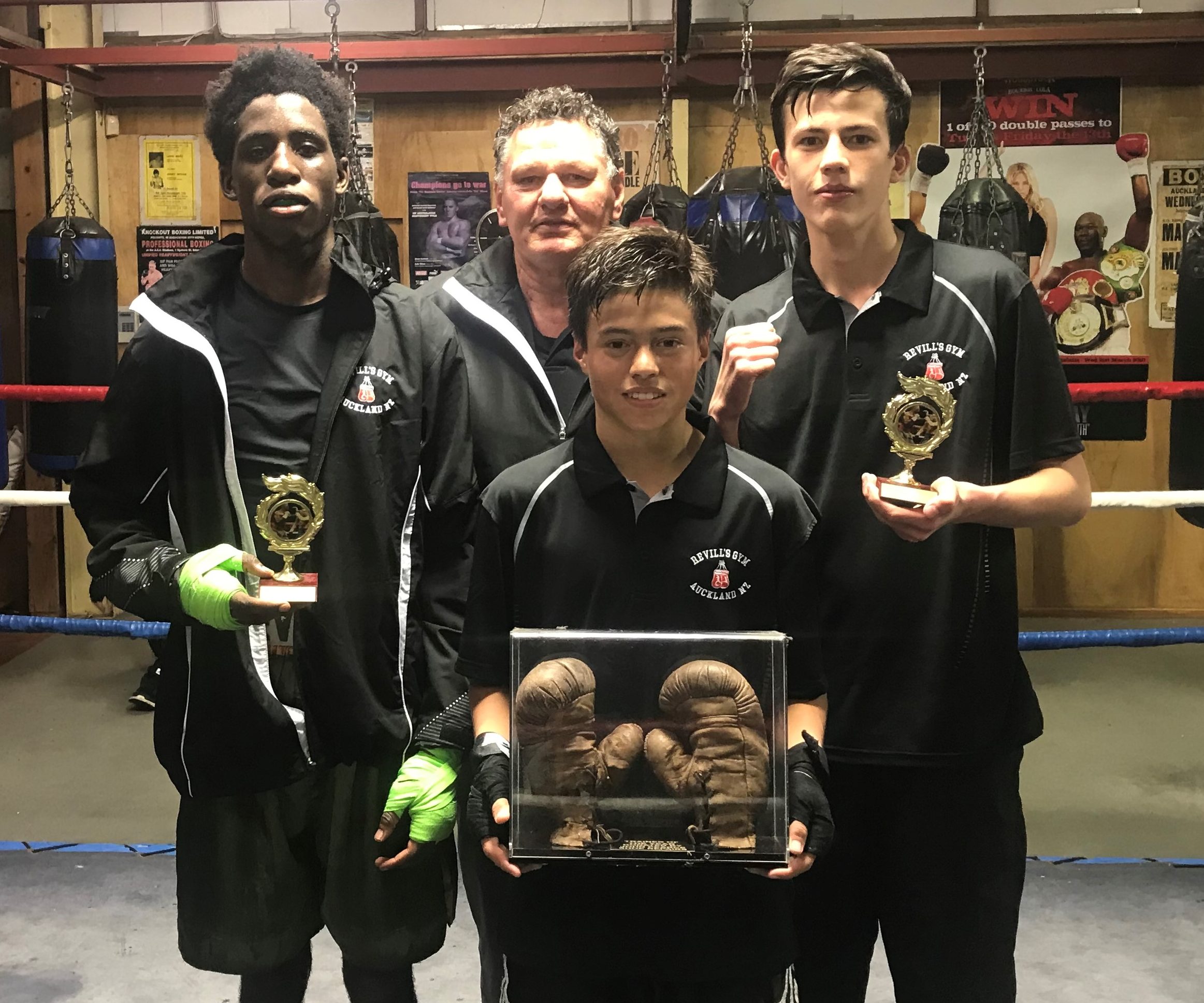 A record 120 plus bouts were held, making it the biggest boxing tournament in Australasia, clubs from all over the North Island sent teams to participate and even the Aussies sent three State teams over, as it’s a tough tournament to win.

Wendell, Tyler and Kheva did exceptionally well and each won Gold and are now the current Golden Gloves champions for the North Island in their divisions.

A typical week of training for the boys when getting ready for tournaments is 4 sessions in the GYM plus 1 run day and a Sunday run.
A session comprises of 15-20 minutes of skipping, 9 to 12 minutes shadow boxing, 30 minutes of hard sparring, heavy bag or pads. 15 minutes Ab work out.

The run on Sunday, they mix up, but generally, they will run once around the Panmure Basin then up Mt Wellington, and once at the top, either a ridge run or 10 stairs and a run-up and down the craters.

“These young men have trained very hard and without a question deserve to celebrate their victories,” said Josh Moran, one of the coaches at Revills Boxing Gym, where the three boys train. Some of the people who have won in the past are Joseph Parker, David Nyika, David Tua, and Shane Cameron whom have all won Golden Gloves titles