They’ll Scream Into the Dandelions 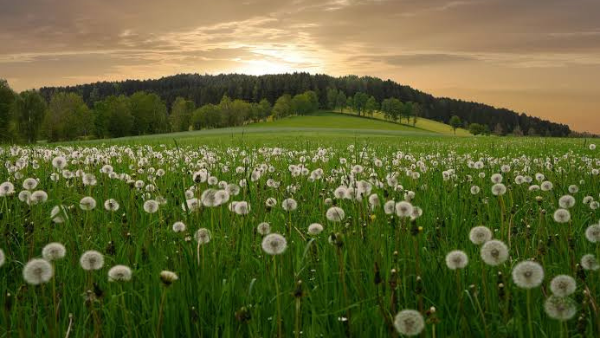 03 Aug They’ll Scream Into the Dandelions

Posted at 10:39h in Student Blog by Jenna Edwards
Share

Numbness is a feeling.

When you’ve been lying on your arm for too long and the circulation to your hand gets cut off, you start to feel numbness tingling. I’m willing to bet that when your hand starts to go numb you feel it a lot more than if you had left it dangling in mid-air, or resting on your thigh. We’re always feeling. Even when we’re numb. When I was around 13, I tried to numb all of the feelings that made me who I was — pushing myself into a closet that was practically made of glass. That was until I realised that no matter how much I tried to numb myself, I would always be feeling.

Obviously, I don’t listen to my own advice.

I’ve felt numb for a while now. It’s painful, really. I think my brain is using a sort of cold spray to freeze a different pain that I’m feeling. Instead of focusing on what’s actually hurting me, the air that I breathe in is heavy on my lungs as I do nothing but think. I think of every last pathetic detail that describes who I am; I desperately try to make sense of my actions, my feelings and my words. And of course, my endless ramblings have nowhere to go, so they stay bouncing around my skull.

Until there’s her. Beautiful her.

I’m sitting alone in a field of dandelions, watching the clouds cover the sky and picking the dandelion’s seeds off its plant.

I’m sitting alone in a field of dandelions. It’s a place where not many would go, but if she were there, it would make sense. And suddenly I’m beautiful, and suddenly she’s there.

“Liv,” she calls my name. I smile softly, reaching to shake her hand.

“It’s been a while,” I respond, “two months,” as if I need to remind her —as if she hasn’t felt the time difference too. She sits down beside me and we just talk. I talk to her about my numbness and she nods and listens and puts her hands gently on my face. We sit there for hours. The sun is shining in a way that hides her face, but it doesn’t matter because she’s here with me again. Her warmth eases my pain, and I’m no longer numb. I’m happy, I’m content, I’m hopeful and all of these other beautiful feelings.

She whispers it into my ear, squeezing my hand ever so slightly. I nod because I know that I’ll see her again.

Dandelions turn into blankets, the sun turns into my lightbulb. All of those beautiful feelings I had before melt away like wax. The place where she exited my field of sight turns into the end of the long hallway that parallels my open door; where the start of the ladder begins. When I look around, I realise that I had moved to an entirely different position from where I had started my daydream.

“Olivia.” I can tell from that alone that it’s Adrien talking to me. Only they would still call me by my full name after all of this.

“Who were you talking to?” they enquire. Blinking to regain consciousness, I realise that I had said that last sentence out loud. Again.

“No one.” I mutter. Adrien lets out a small breath, leaning cooly against my door frame.

“Whatever. We need you in surveillance.”

“Right.” I slowly put on each shoe and then begin to hurry as I remember that my shift is starting. Even though I’m hurting, I can’t let them down. Surveillance duty is my favourite anyway. Nothing ever happens, so I’m free to go back to her in the field of dandelions.

As I follow Adrien down the hall, I start to get that heavy feeling in my lungs again. My eyes feel like they want to cry, but they can’t. All I can do is pretend to feel normal.  Pretending to be normal is something else. Here I am, numbing myself again.

We walk down to the very end of the hallway, where Adrien pushes through a door reading ‘Surveillance’. They take the right view and I take the left.

The view outside is bland. It’s all just rubble and dirt, all in shades of grey and beige. The sun is setting, but it doesn’t matter when there isn’t any sort of pretty landscape to accompany it. I think back to the field of dandelions that lies beyond the security cameras. Daydreaming is kind of like writing. I keep telling myself the story of dandelions, the field that I will visit one day with her. I edit and rewrite how the events and conversations play out until I’m happy with the story and move on to the next.

I unfocus my vision and walk back into the dandelions. It’s sunset now. The air is cool and it feels lighter than it did before. No. There is no before. There is no rubble and there is no grey or beige.

It’s sunset in this field of dandelions and the golden light is framing the silhouette of a woman. An ethereal woman, walking towards me and reaching for my hand. It’s her.  When I hold her hand, it’s as though the dandelion seeds are flying skywards to frame the clouds above us. She’s lying next to me now and I can tell that from a bird’s eye view her dark, tightly kinked hair is spread out like a beautiful lion’s mane. Everything is peaceful and calm; now we’re walking through the entire field and reaching a forest of trees. Here, nature is forgiving and kind. We can sit on a rock covered in moss, and for the first time in two months I can say her name.

Wincing out of my daydream, I only now realise that I had been completely out of it for my entire shift. Of course I had to drift away like that in front of Adrien. Goodness knows how they’re going to reprimand me now. But, when I look to my right, the look on Adrien’s face isn’t their usual exasperation. It’s a look of concern.

“Earlier, when I came to get you… were you…” they hesitate for a moment, not sure whether or not to continue further. “Were you talking to Ambrosia?”

Blinking, I look to the floor. I guess that’s enough of a response for Adrien, because they say my name again, softer than how they said it before.

“I know,” I interrupt quietly.

Louder this time, I say it again. “I know she’s not real.”

Adrien looks taken aback at my abruptness. “What? No, I wasn’t going to say-”

“I know I’m the basket case of this bunker!” I scream, surprising both Adrien and myself.  “I know that Ambrosia’s dead. I know the war killed her. I know that she’s gone!”

The words come out in a sob, as I start to let the truth sink in. Ambrosia’s dead. The cold spray fades, and even in reality I am no longer numb. I start to lean forward, about to collapse into the chair, but Adrien catches me and takes me into their arms.

“We don’t know that she’s dead. She could have gone into a different bunker…”

We both know that’s not true, but I’m too distraught to argue. So I just ramble.

“They said we’d be safe here.  They said New Zealand wouldn’t get hit.”

Adrien starts patting my head, showing a rare glimpse of affection. “I know. But we’re safe down here, and it was only hit in Auckland. Pretty soon we could probably start livi-”

“The bomb hit our neighbourhood.” Tears stream down my face as I melt into Adrien.  “Mine and Ambrosia’s. It hit us.”

“She’s not.” As Adrien pulls me back, I take a look into their concerned grey eyes.  “She’s not safe.” Knowing I’m about to admit another painful truth, I bury myself into their shoulder. “They saved us and not her.”

There’s no point in trying to convince me everything’s alright anymore. I know why I felt so numb. It was easier for me to hide in a land of fantasy and pretend Ambrosia’s okay than to live in this new normal.

But not necessarily better. It feels nice to finally cry again. Adrien’s trying to soothe me instead of trying to make me wake up out of hibernation.

“I’m sorry you had to lose her.” There’s no response to that other than tears. I let them pour. I let them wash away my loneliness, my resentment, and my shellshock.

We stayed there for another 15 minutes until our shift ended. When Adrien takes me back to my room, she sits down with me.

“Have you been keeping up with the news?

“No.” Reading the news would just drive me further into my cave. “Is the war over?”

“Not yet. But it’s been safe to go out for about three weeks now. As long as you stay near a bunker.”

“Do you think they’ll nuke us again?”

“No,” they say with certainty in their tone. “They won’t waste another atomic bomb on us.”

They lean on my shoulder, and I pat her hair the same way she did mine. “Olivia.”

“Have you gone outside yet?”

“You should. It’ll help you move on. It’s not as bad as how it looks on the security cameras. I’ll come with you.”

Adrien stands up and smiles at me. “Tomorrow, then. I’ll come and get you.”

As they close the door behind them, I go back into the dandelions. One last time, to finally say goodbye. It’s sunset again, and Ambrosia’s there before I am. It feels nice here, but I feel like I can leave. I may not miss this place so much after all.

My world starts to fade around me, and suddenly it doesn’t feel so real anymore.  Dandelion seeds bleed into my skin, guiding the past to the grass of the future.

“If I am to believe that these dandelions are real, I must induce delusion to feel it heal my bones. The sun is wilting behind the mountain, and I can trace the lines that have drawn the sky. I know I am deluded into thinking that the sky is real. Yet I dig myself deeper into dirt, planting the seeds of fantasy. If I can convince myself that this dandelion is real, perhaps I can convince myself that you are too. This dandelion war has left me bruised and broken, and I would gladly trade my soul for yours. If I could escape this dandelion war by pretending you are real, then reality is relative to me. But I cannot escape this. I cannot pretend that you are real anymore. Goodbye, Ambrosia.”

As I fade into sleep and back to reality, my door opens and Adrien leans against its frame.

I climb up the ladder after her, breathing in my first dose of fresh air as she opens the hatch. The dandelion field I daydreamed of is destroyed. So is Queens Street, where we protested the war. We were naive then. Things only worsened. When we scream into the land of titans, they’ll scream into the dandelions.