The Importance of Anzac Day 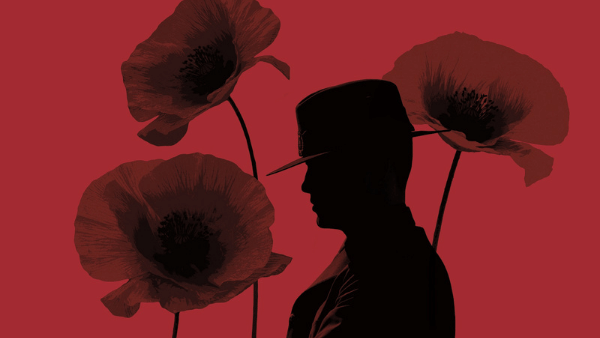 01 Jun The Importance of Anzac Day

Posted at 08:40h in Student Blog by Jenna Edwards
Share

Anzac Day is a solemn occasion for both Australians and New Zealanders because it commemorates all of the gallant and valiant soldiers in the military armed forces. We remember those who sacrificed their lives in Gallipoli to serve their country, as well as honour those who returned.

In 1915 on the 25th April, 107 years ago, approximately 16,000 Australian and New Zealand troops landed on the Gallipoli Peninsula in Turkey. Soldiers from France and Great Britain were responsible for the predominant landing at Cape Helles on the tip of Gallipoli Peninsula whilst General William Birdwood’s group of Anzac troops arrived 20 kilometres north. New Zealand soldiers followed the Australian troops onshore during the first morning of the assault.

However, due to the incredibly powerful nature of the Ottoman Turkish defence, it was impossible for prominent Allied advances to occur. Therefore, the fighting rapidly degraded into the horror of trench warfare while the Anzacs were holding an insubstantial perimeter.

An attempt to destroy the stalemate did not go to plan, but it was not without a rousing effort from New Zealand that fleetingly captured part of the higher ground at Chunuk Bair. In this battle, men of the Māori contingent participated in the first assault by a Māori unit outside of New Zealand. The stalemate resumed when the August offensive didn’t go as planned.

Eventually, the Allies had finally cut their losses, hence all troops from Gallipoli were evacuated by early January 1916. The war fatalities exceeded 130,000 men who perished during the Gallipoli campaign in 1915 – at least 87,000 Ottoman soldiers and 44,000 Allied soldiers, including more 8,700 Australian troops. 2,779 New Zealand troops lost their lives, which were approximately a sixth of those who had landed on the peninsula.

The troops were compelled to endure extreme weather conditions, inadequate or unsanitary water, poor hygiene, and the unpleasant sights of deteriorating corpses. This was paired with a sense of helplessness and terror, and the dark realities of being soldiers in perilous war zones. As a result, soldiers returning from the Gallipoli campaign suffered from PTSD, mental and emotional distress, and became psychologically damaged.

Overall, in the wider story of World War I, the Gallipoli campaign made no significant mark. The number of fatalities, although quite gruesome, pales in comparison with the death toll in Belgium and France respectively during the First World War. Nevertheless, the Gallipoli campaign still remains a prominent part of New Zealand, Australia and Turkey – hence it’s being viewed as a fundamental moment in each country’s national history.

The historic day that commemorates the Anzacs (Australian and New Zealand Army Corps) takes place on the 25th of April each year. Anzac Day was held for the first time back in 1916, but it was initially a half-day holiday until it became a full public holiday in 1921. Businesses are closed until 1pm on Anzac Day so that people around New Zealand can pay their respects, expressing their sorrow to all of the once valorous soldiers and servicepeople, many of whom sacrificed their own lives serving their country. This important occasion has gone through so many changes ever since it was first observed.

The Anzac ceremonies and dawn services that are typically held at war memorials by Kiwis are modelled on a military funeral and remain significant in both rituals and traditions including their culture in Australia and New Zealand. For example, all Anzac Day public ceremonies and dawn services in New Zealand had to be cancelled in 2020 due to the Covid-19 pandemic. As an alternative, Stand at Dawn events occurs so Kiwis could still pay their respects. These were unprecedented as they hadn’t taken place since 1916.

The red poppy is a symbol of remembrance on Anzac Day, as poppies grew on the battlefields  in WWI. The annual Poppy Day Appeal is typically held on the Friday before Anzac Day and is considered to be one of the longest-running charity appeals or events in the history of New Zealand. People in many countries wear the poppy to commemorate those who tragically lost their lives in the appalling conditions of war. In New Zealand, the red poppy is frequently worn on Anzac Day, but in most countries it is worn on Armistice Day (11th November).

Overall, Anzac Day is a significant day in Australian and New Zealand history because we should remember those who fought for our freedom, our country and our rights. In these prominent moments, we are united as one.