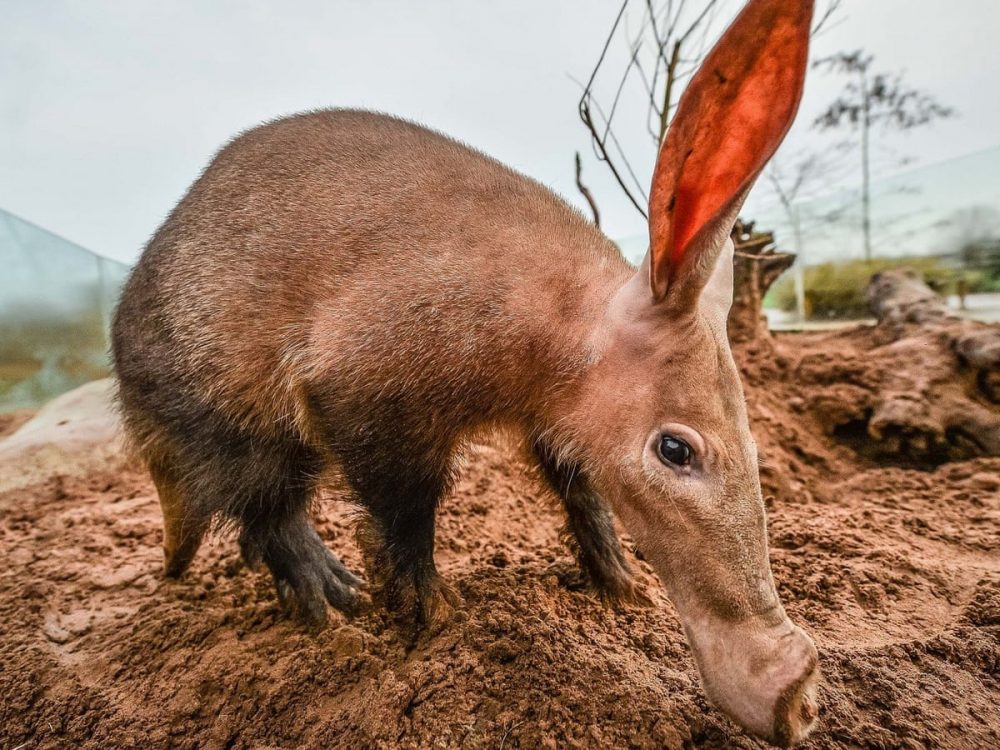 Posted at 11:17h in Student Blog by School Newspaper
Share

Hello all. I am writing about the Aardvark today. The so-called, “beauty of the south Sahara” can be thought of as a possum, with the ears of a naked bunny of moderate size, the snout of a piglet whose face has been protruded to a comical degree, a tail from a weak-willed kangaroo, and claws of well, an aardvark. Be warned these majestic creatures mustn’t ever be mistaken with its equally beautiful lookalike, the anteater, for the anteater instead has a snout so distinctive, long and hairy that I simply cannot put my words together for you to comprehend, my dear reader. Its broom brush tail is much more voluminous than that of the aardvark. Their strengths of wills are very similar, however, if one were to compare the aardvarks to a scrawny nerd with no self-esteem and horrible posture, then the anteaters is that of a mid-late 2000’s emo band kid with choppy hair and eyeliner much too dark and thick. My wonderful reader, I cannot stress enough how important this distinction is.

Another beautiful lookalike is the pangolin, however by the time I have published this piece, they are likely to be extinct, due to frequent poaching and their long and convoluted love lives. The reason to never mix the species up is simply due to the fact that it would be horribly disrespectful to the species in question. Imagine being spotted in your wild habitat without any qualms of the world except the burning insecurity of your monkey like armpit, and in the moment you raise your arms to stretch, an insolent fool comments(wrongfully) that you are a monkey to his friends and that it is horribly rare to see one of your kind in this area, oh the horror, your family, pride, and everything else your life has built up to this point has been spat on through sheer ignorance, via an idiot cannot distinguish his hominid species.

But alas we are here to talk about the aardvark, the creature of 3 a’s, 2 r’s as well as some other random consonants. It is nocturnal and digs burrows in the ground where they sleep, hiding from the hot hot hot hot hot hot hot hot hot hot sun. Their claws are special, built for digging and boy are they good at it. Insectivores by nature, they use their claws to dig out various insect dwellings (awfully rude and not very majestic if you ask me). The aardvark then sticks its long sticky wormlike tongue into the nest (preferably a termite, their favourite) to suck up any insect that dare investigate the alien object destroying their nest (little do they know it is the beautiful aardvark). The absolute shocker in all of this is the beast’s size, a male aardvark grows up to 1-1.3m long and weighs about 40-65 kgs. Its ambiguously rodent/marsupial appearance gives the impression of a moderately small sized mammal, akin to a large rabbit. And yet this goliath of a species chooses to pull a sneaky on me and anyone else who has seen an image of an aardvark, before its weight and size.

I do not have much else to say about the aardvark. It is great pleasure in knowing that it is of little concern on the IUCN red list status and wonderful species that contribute to the wonderful biodiversity of the sub-Saharan region. As with all animals, it is a beautiful little species of mammal. If I were to sum up the aardvark as a feeling I have felt in recent memory, the aardvark is reminiscent of the time I went in to get my daily scoop of yoghurt, and upon my scoop, I was pleasantly surprised by scooping much more yoghurt than I thought possible in one scoop.

“A spoon of yoghurt a day will keep the body healthy and mind sane”.