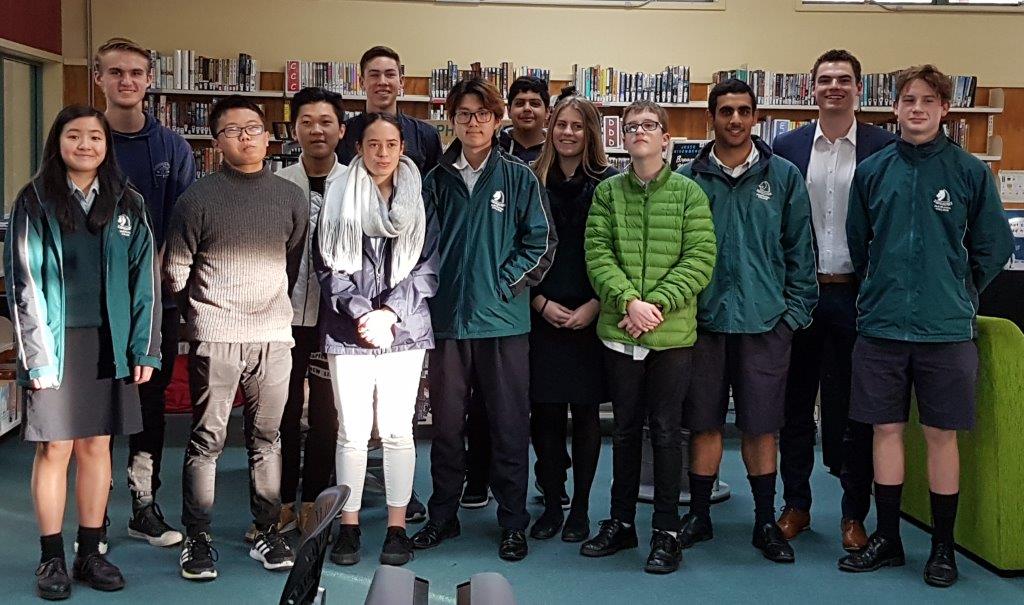 Posted at 13:29h in General by Roisin Lamb
0 Likes
Share

The first Achievers’ Breakfast for 2017 was held in the Library on Wednesday 21st June.

This particular event was to acknowledge and focus on students who have achieved well in various subjects throughout the school, focusing on their personal achievements to better improve their learning habits within the school.

Our guest speaker was former 2012 Head Boy Ben Dowdle who encouraged the students to not only do well at school academically, but also to be involved with other projects which as this will be of interest to future employers.

Ben recently graduated with a Bachelor of Commerce and Bachelor of Arts conjoint degree in Economics, Politics and Commercial Law at the University of Auckland. He received runner up in the New Zealand Top Student awards and the EY Business Student of the Year awards.  In the community Ben is on the National Board for the Trees for Survival programme, has been on the Auckland Council Youth Advisory Panel, was both a UNICEF and Global Poverty Project ambassador and represented young people on the Social Policy Forum chaired by the then Minister for Social Development, Paula Bennett and Mayor, Len Brown.

Our Food Technology students provided a great selection of catering for everyone to enjoy and the morning was well received by both students and parents.