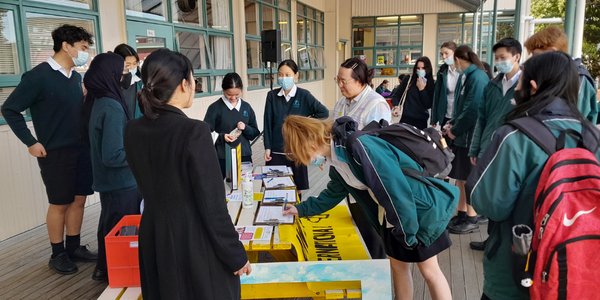 Posted at 16:58h in Leadership by Jenna Edwards
Share

Every year Amnesty International New Zealand holds their annual Freedom Week. The Freedom Week challenge is a chance for rangatahi to stand united and take action against a pressing relevant human rights issue facing us today.

This year, the focus of the Freedom Week campaign was raising the age of criminal responsibility. In New Zealand, children as young as 10 are able to be charged with murder and manslaughter, and treated like adults in the eyes of our justice system. Putting young primary aged kids into jail does more harm than good, as it traumatises and scars these children for life. Amnesty aims to raise the age of criminal responsibility to at least 14 years old.

We, as Pakuranga College’s Amnesty International group, took on this challenge by raising awareness through petition signing and having a bake sale. This year, we raised $150 at our bake sale for Amnesty and collected around 130 signatures, which was a huge success.

Thank you to everyone who participated in Freedom Week, and to Amnesty members who helped out with collecting the signatures and managing the bake sale!