Pakuranga College has been developing their program under the coaching and guidance of coach, Mr K Tomkins. Mr K Tomkins has playing overseas at the highest level in New Zelanand, but has also played overseas – including Japan, and the Czech Republic. He also has coached at the representative and national age group level. The team is well supported and managed b Ms L Cumberland. In 2013 Pakuranga College won the Division 1 National Championship achieving Roll of Honour status for the first time. 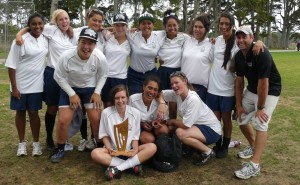