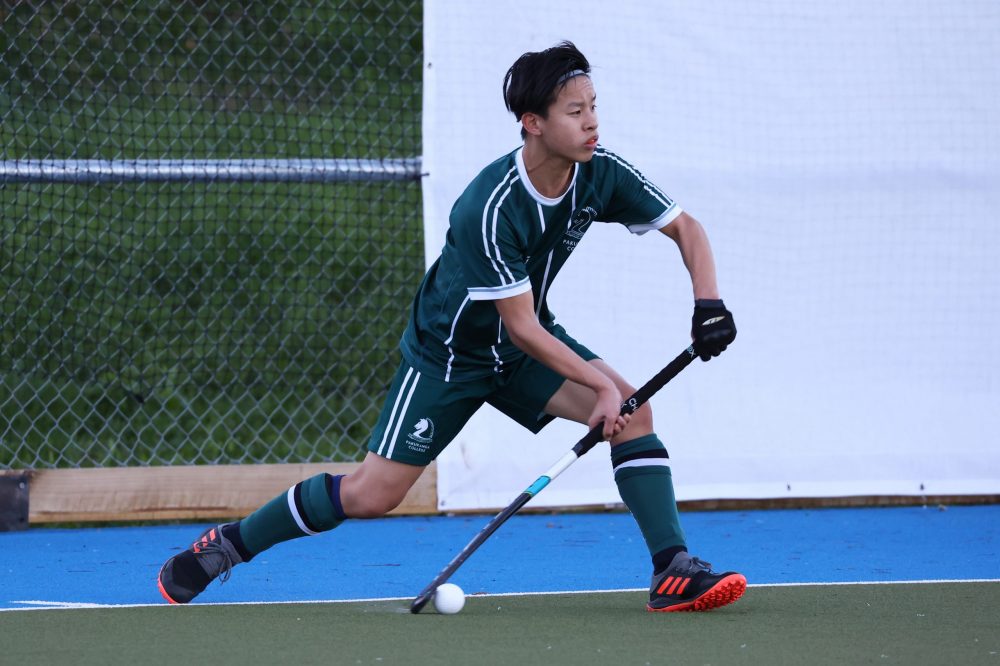 Highlights of week 7 include:

Our 1st XI Boys were after revenge last week against Rosehill College following a loss to them at tournament last year. The team has been training hard and the boys stepped up their performance to start this round on a positive note. They played really well and it was a full team effort to get a good 3-0 win. New goalie Aman Kumar made some great saves and captain Ethan Green led from the front, scoring 2 goals. They take on local rivals Macleans next week and they hope to get another win under their belt.

Our 1st XI Girls continued their success against Macleans College last week. They started slow and Macleans were able to take advantage and took the lead 1-0 at the break. After their halftime talk, the girls came out a different side and put on a show for the home crowd. They held Macleans scoreless in the second half and were able to net 4 goals themselves. Final score was 4-1 to us, well done girls!

Our Premier girls had a tough battle on Saturday morning against a physical St Mary’s side. The two teams were well matched, and it was a very low scoring game. We struggled in the first quarter to get points on the board, but we quickly woke up and started our fight back in the second quarter. Going into the final 10 minutes at a draw, the girls proved how much they wanted the win and came out on top 24 – 22.

We also had 6 other netball teams take wins in the ever-changing weather conditions on Saturday. Our biggest win of the season so far came from the Senior Comets taking a 41 – 5 win against a St Kents team. Our Year 9 Jade team followed suit by taking a 30 – 5 win against Otahuhu.

Our 1st XV boys narrowly missed out on a win at our home turf against One Tree Hill 19-18. The team showed improvement from previous fixtures and were unlucky to fall just short.

There was some exciting table tennis played at St Kents on Friday afternoon, where 7 of our teams compete weekly. We had 3 wins, 3 losses and a tie after an intense match where the teams couldn’t be separated.