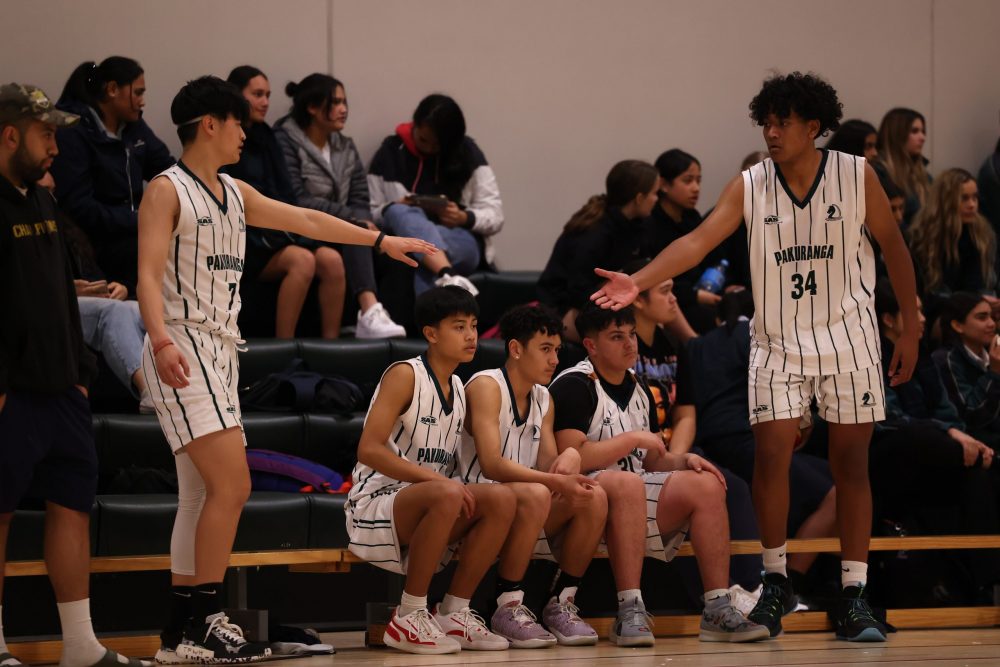 Last Wednesday our Junior Boys A team and Senior Boys competed at the College Sport Greater Auckland Champs where they qualified after finishing 1st and 2nd respectively in their regular season grades.

Our Senior boys started slowly, narrowly losing against Manurewa in their opening game but they regrouped and came back strong to beat Kelston and Takapuna. This advanced them through to the semi-finals on Friday, setting up yet another battle with our most competitive rivals Dilworth. With both teams firmly set on a win the game did not disappoint and some great basketball was played. On the full time buzzer the teams couldn’t be separated and over time followed. The boys played with heart and put everything out on the court, but unfortunately in the end we were 2 points shy of the win. Our boys were disappointed, but they now pick themselves up and continue preparing for tournament week.

Our Junior boys followed the lead of our seniors, taking two wins against St Peter’s and Mission Heights to also make it through to the semi-finals. Their semi final showdown was against basketball heavy weights Auckland Grammar and the boys were ready to rise to the challenge. The boys worked hard, but were unable to secure the win. The team enjoyed their experience and are now more motivated than ever to come back better next year.

Congratulations to our Junior Girls hockey team who last week played their final game and beat Dio 6 – 0. The girls have played consistently well all season and they finished off their year in 3rd place.

Our 1st XI boys are continuing their winning streak, taking a 3 – 1 win against Mt Albert last Wednesday. With a mixture of experience and new players that are still learning, the team has done well to make the final this week. They will be playing at LEP against Auckland Grammar and the boys are looking forward to having the home advantage!

Premier one had a Wednesday night game last week against St Kents and the girls came out firing. They started strong and were doing well when one of our top shooters succumbed to serious injury. We were already short on numbers, so we changed around positions with some girls playing in an unfamiliar part of the court. We held it together in the emotionally tough game and we pulled through taking the win 30 -28. Every girl played their part and showed what we can do when we come together.

Our Year 10 Opals and Premier three teams both remain undefeated and the win of the week went to our year 10 Sapphires who won 48 – 5. Our teams have two more weeks left and are keen to enjoy the end of the season.