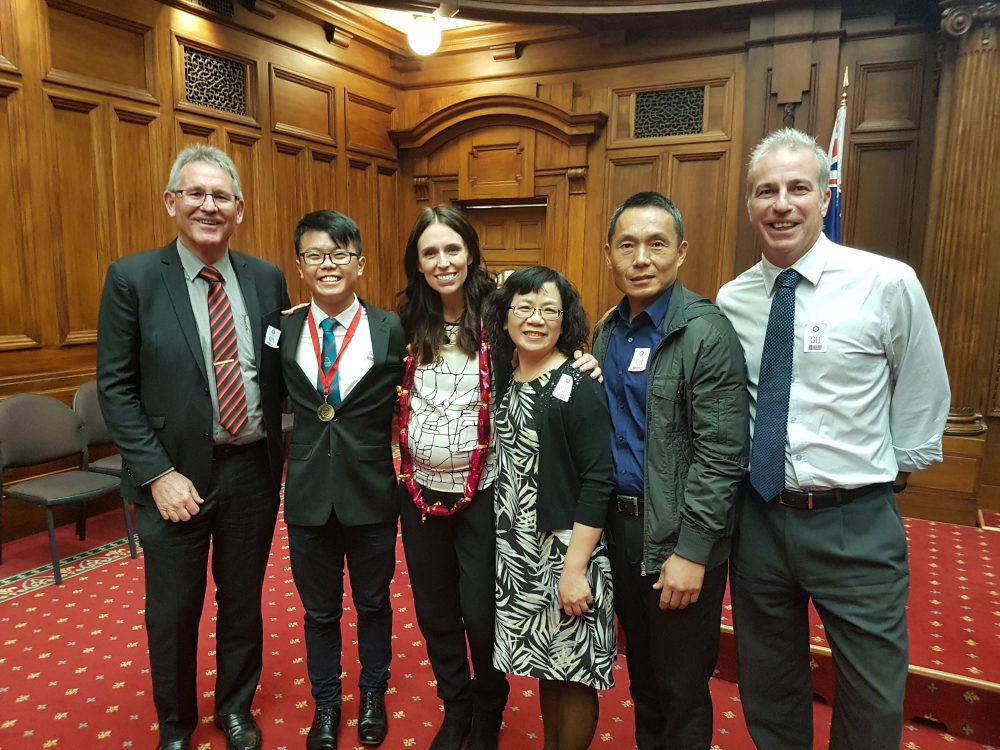 On the 2nd May Pakuranga College Student and the College’s 2017 Dux received the prestigious Premier Award at Parliament, as well as the top award in Calculus.

NZQA celebrated the success of the highest-achieving New Zealand Scholarship students at the annual Top Scholar Awards Ceremony. The awards recognise the elite students who make up the 2017 Premier Award and Top Subject Scholarship Award winners.

New Zealand Scholarship examinations assess students against challenging standards and are demanding for the most able students.

“I’m incredibly thankful for Pakuranga College for providing a warm environment for me to develop as a person – not only in academics, but also growth in leadership and confidence. I am very grateful also for my parents always having my back.” Samuel said.
Although he spent just a brief time with Prime Minister Ardern, Samuel said “seeing the Prime Minster attending made me realise what a big deal this was. It hadn’t sunk in for me until then.”

“The best part for me was just before the ceremony where we mingled with others and realised how diverse the people are and how everyone has different backgrounds and interests.”

Samuel has been keenly sought by top universities and had a hard job deciding, but he will stay close to home and take the Auckland University Scholarship studying Engineering.

Principal of Pakuranga College, Michael Williams who attended the ceremony in support of Samuel’s achievement said, “to be offered these scholarships, students had to not only have an outstanding academic record they had to also demonstrate characteristics such as outstanding sporting, artistic, cultural, or leadership potential.

Mr Williams continued; “the success of our students like Samuel, is testament to our Colleges commitment to providing them with a holistic education emphasising the 21st Century skills needed to be successful in today’s rapidly changing world.”

Congratulations Sam, we are proud to have you as part of the Pakuranga College Allumni.