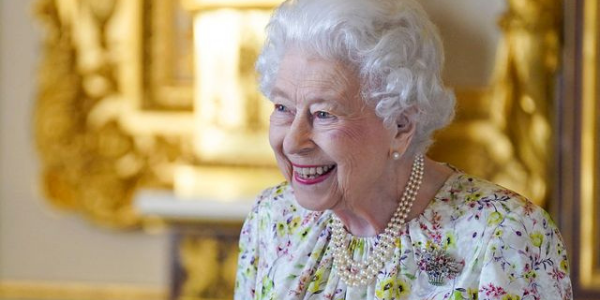 Posted at 13:50h in Student Blog by Jenna Edwards
Share

Queen Elizabeth II is currently the longest reigning monarch in British history and is celebrating an unprecedented occasion in the British Royal Family. Last month, on the 6th of February, she celebrated the Platinum Jubilee for 70 years of service as a monarch. That same day in 1952, her father, King George VI, passed away at the age of 56 years due to lung cancer. The Queen was only 25 years old when she ascended the throne. She was on a royal tour in Kenya with her husband, Prince Philip, when she heard the news. This was the day she became the head of state of seven Commonwealth realms – the United Kingdom, Canada, Australia, New Zealand, South Africa, Pakistan and Ceylon (which changed its name to Sri Lanka in 1972). Today, she is currently the head of state (monarch) of 15 of all 54 Commonwealth countries – including Jamaica, Papua New Guinea, Bahamas, Belize and Tuvalu.

At the moment, there are only three monarchs that have surpassed the length of Queen Elizabeth’s reign – Johann II of Liechtenstein, King Bhumibol Adulyadej of Thailand, and Louis XIV of France. Louis XIV of France is currently the longest ever reigning monarch of a sovereign state, reigning for 72 years and 110 days. This was between 1643 and his death in 1715. If Queen Elizabeth II is still alive and reigning by 27th May 2024, she will surpass Louis XIV of France’s record as the longest ever serving monarch of a sovereign state in both world and European history.

The official celebrations for the Platinum Jubilee of Queen Elizabeth II will take place in June 2022 over the long weekend. This is due to the climate and weather of the United Kingdom typically being warmer and sunnier in June than in February. The official celebrations of the Platinum Jubilee will certainly be a wonderful opportunity for people living in Commonwealth countries such as New Zealand to celebrate the Queen’s service to the United Kingdom as the head of state over the past seven decades.

Throughout her reign, the Queen has met countless international world leaders such as Nelson Mandela, Xi Jinping, Jacinda Ardern, Angela Merkel, Vladimir Putin, and many more. Additionally, she has met 14 British Prime Ministers ranging from Winston Churchill to Boris Johnson, and 13 of the last 14 US presidents ranging from Harry S. Truman to Joe Biden, with the exception of Lyndon B. Johnson.

The Queen has witnessed many significant historic events over the past 70 years – such John F. Kennedy’s assassination in 1963, the moon landing in 1969, the Chernobyl disaster in 1986, the fall of the Berlin Wall in 1989 and the 2001 September 11 attacks in New York. She has also witnessed the passing of her husband of 73 years, Prince Philip in 2021, the death of Princess Diana in 1997, and the death of both her sister and her mother in 2002.

The Queen is revered and admired by millions (and even billions) of people from around the world, not only in the Commonwealth countries, but also in many countries that are not members of the Commonwealth. In my opinion, the Queen is a superb role model not only for people of all ages, but also for future generations to come. This is due to her many excellent personal qualities such as kindness, elegance, humility, integrity, wisdom, gratitude and her serene demeanour. Additionally, she is always well-organised, gets her priorities right and genuinely cares about people. The Queen’s ability to still work full-time and carry out her royal duties at the age of 95 years is an extraordinary and phenomenal achievement indeed. Despite being of advanced age or in her advanced years, the Queen still remains in good spirits, good health. She is mentally sharp and carries out her royal duties and public engagements gracefully as the head of the British Royal Family.