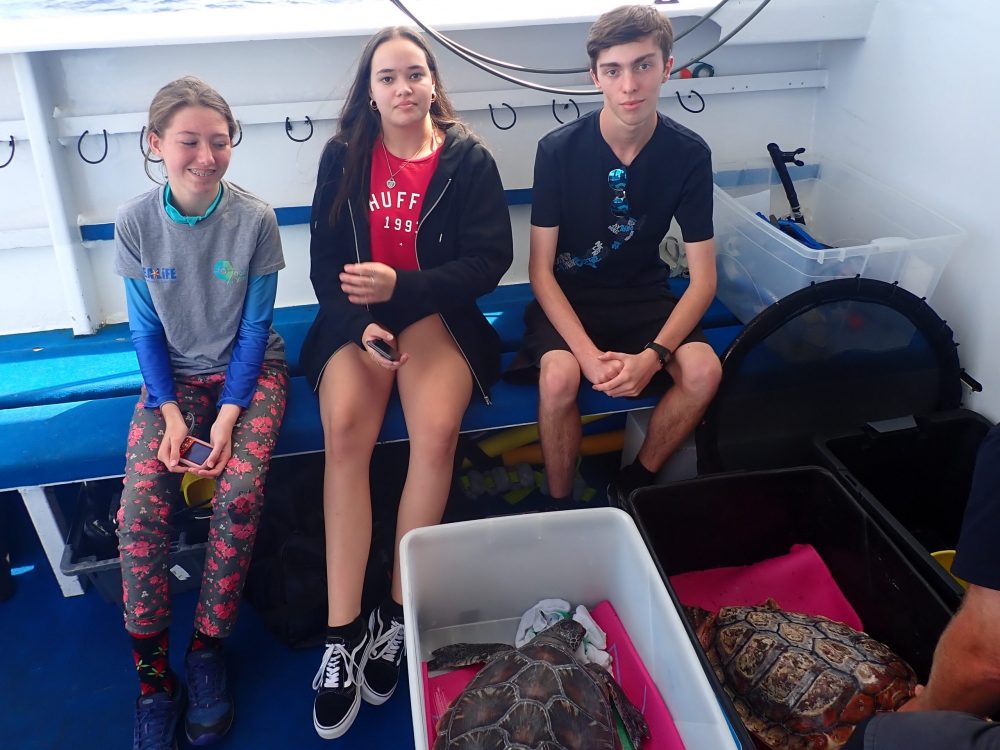 Posted at 11:20h in General by Roisin Lamb
0 Likes
Share

Ocean Youth is a program based in Australia and New Zealand aimed at teens who want to get involved in various aspects of marine science and conservation.

My Earth and Space Science teacher, Mrs Collier, brought this wonderful program to my attention and I decided to join the group. The opportunities we get are amazing, and will be a fantastic way to get some experience in marine science before I go to university next year. Attending the release of two turtles was the first of these great opportunities. 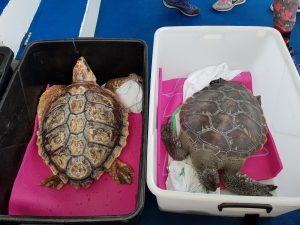 Kibou is a Loggerhead turtle. In 2019, he washed up on Muriwai beach with a lung infection and a shoulder wound. Spock, a Green Sea turtle, was found on the same beach a year later with badly injured flippers.

When any sea turtle is found on a New Zealand Beach, it usually means they are gravely ill and need veterinary assistance. Thankfully, members of the public found these turtles and called the Department of Conservation. They were then taken to the Vet Hospital at Auckland Zoo where they were treated for their injuries. Spock needed to have the middle digit on both her front flippers amputated, making it look like she is doing a vulcan salute, earning her the name Spock. After initial assessment by the team at Auckland Zoo, they were both moved to a quarantine space in Kelly Tarlton’s aquarium.

When their health and strength improved, Kibou and Spock were moved to the main Turtle tank at Kelly Tarlton’s. Here they were able to recover in large tanks with lots of different fish and a few other turtles. When Kibou and Spock were fully recovered, the time came to release them back into the wild. The Poor Knights marine reserve off the coast of Northland was the ideal place to do this. The water is nice and warm and it is a marine reserve so it is unlikely they will end up entangled in fishing nets.

Before releasing them, we stopped at Ngunguru Marae where local Iwi, Ngātiwai, blessed the turtles. Then we were off to Tutukaka marina where we boarded a boat and set a course for the Poor Knights Islands.

After we anchored, Kibou was gently lowered in the water and released. Spock soon followed. Both swam right off, clearly very excited to be back in the deep blue.

After a quick snorkel around the stunning reserve, it was time to head back. On the boat returning to Tutukaka, we were visited by a passing Bryde’s Whale. A perfect end to a perfect day.

If you find a turtle washed up on a beach, it’s best not to approach it, give it plenty of space, and call the DOC hotline (0800 DOC HOT).