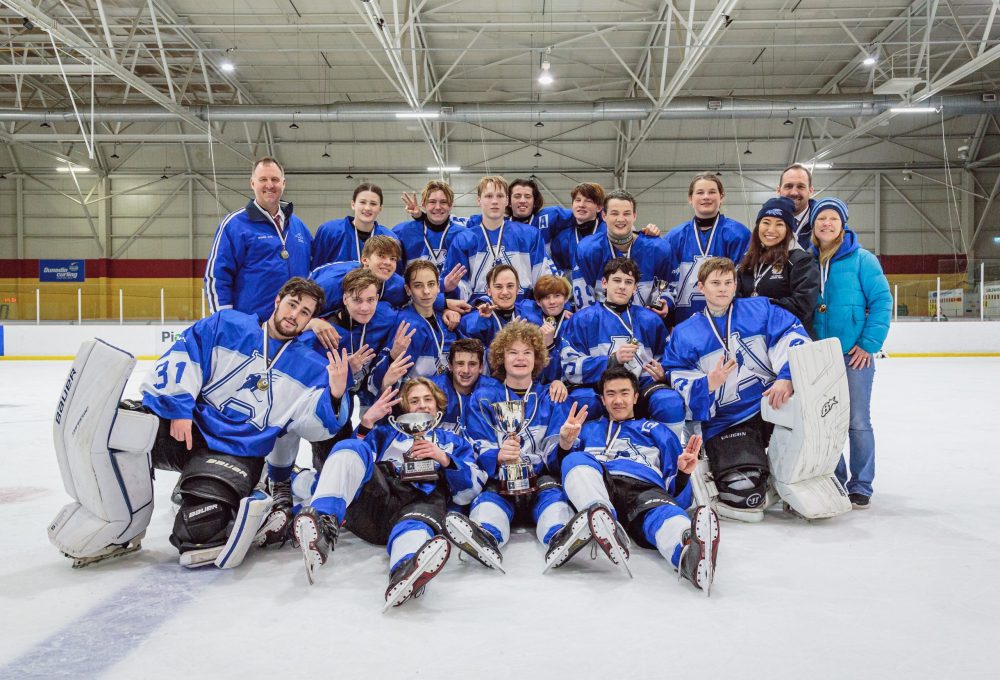 Year 11 students Joel Messenger (2nd row far right) and Sebastien Ong (front row far right) are both proud members of the Auckland U18 ice hockey team that has just taken the top spot as championship winners for the third year in a row.

The finals of the New Zealand U18 Ice Hockey Championships were played in Dunedin this year, where Auckland beat Dunedin 3-2.

Both boys are extremely dedicated to their sport, with Joel having travelled all the way to Hungary to train with local teams and Sebastien starting ice hockey at the tender age of 5.

Joel, who plays goalie, acknowledges that the team is “very lucky to have good chemistry, a great work ethic and awesome coaches.” However, as his mum, Karen, points out, his success is also down to hard work: “When Joel first started playing as a goalie in the 2017 season we had no idea where it would lead.  He was put in a lot of time on his development and it is exciting to watch him achieve and grow.”

Sebastien switched from playing defence to foward last year and is really enjoying the change. His parents are also extremely proud of him, with his mum, Elaine, saying that they “hope he continues to work hard in everything he does, be humble and not to be afraid to take chances.”

We look forward to seeing more great things from these accomplished young athletes!