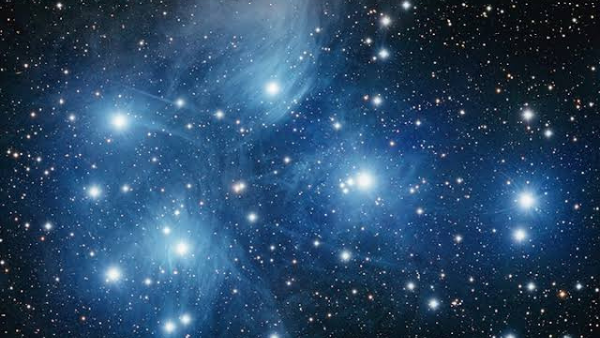 Posted at 10:32h in Student Blog by Jenna Edwards
Share

Matariki is often known as the Māori New Year. This year, Matariki takes place for the first time as a public holiday in New Zealand on Friday 24th June, 2022. However, the date for Matariki as a public holiday will always change every year, but it will be observed on a Friday.

Matariki is the Māori name for the cluster of stars which is also known as the Pleiades. Typically, it rises in mid-winter and for the vast majority of Māori iwi (people) it symbolises the beginning of the new year. Iwi around New Zealand celebrate and understand Matariki in various ways at different times.

Matariki is the abbreviation for Ngā Mata o te Ariki Tāwhirimātea —The eyes of the god Tāwhirimātea. According to Māori tradition and mythology, the children of Ranginui —the sky father— and Papatūānuku —the earth mother— separated their parents. The god of the winds, Tāwhirimātea was so enraged and infuriated that he removed his eyes in exasperation and tossed them into the heavens.

Traditionally, Matariki was a time to acknowledge those who have passed and to release their spirits to become stars. Furthermore, it was a time to reflect and express gratitude to the gods for their harvest; also to feast and to share the bounty of the harvest with relatives and friends.

Matariki celebrations were formerly popular, but they had largely stopped in the 1940s. However, in the 2000s they were revived. Nowadays, people around New Zealand participate in events to honour the commencement of the Māori New Year and whānau celebrations take place to remember those who have passed away —to plan for the year ahead. From 2022 onwards, a public holiday celebrating Matariki will annually be observed on a Friday in either June or July.

Matariki is a small cluster of stars situated in the Taurus constellation. In New Zealand, it normally comes into view low on the north-eastern horizon in the tail of the Milky Way just before dawn in mid-winter. This heralds the changing of the seasons and the Māori New Year.

Iwi celebrate Matariki at various times – some people celebrate when the cluster is first seen in the dawn sky, whilst other people celebrate after the full moon rises or at the beginning of the next new moon. The significance of Matariki is conveyed through the use of songs and proverbs linking it with the bright star Whānui (Vega). For some iwi, the star cluster includes seven stars, while for others it has nine. According to leading Tūhoe astronomer, Dr Rangi Matamua, his tūpuna (ancestors or grandparents) counted nine stars of the star cluster.

Matariki is the star that represents reflection, optimism, welfare and the gathering of people. It is considered to be a female star which is the primary guardian of the other stars in the cluster. Hence, the name Matariki indicates both this individual star and the entire cluster. However, others state that Matariki is the mother surrounded by six daughters, Ururangi, Tupuānuku, Waipunarangi, Tupuārangi, Waitī and Waitā. In one account, Matariki and her six daughters appear to assist the sun Te Rā, whose winter journey from the north had been debilitated.

While all iwi celebrate the Māori New Year in June or July, some people in Taranaki, the far north, Whanganui and the South Island refer to this period as Puanga rather than Matariki. In these areas of the country, the Matariki star cluster is difficult to see clearly; thus iwi place importance on the star Puanga (Rigel). This is the next significant star closest to Matariki and is easier to see in twilight. Ngai Tahu living in the South Island call this particular star Puaka. There are also regions where the setting of the star Rehua (Antares) in winter signifies the change of seasons.

Matariki generally sets in the western sky during the lunar month of Haratua (between mid-May and early June). This is a tohu (sign) that the harvest season has concluded. By this time, people should have completed their preparations for the colder months ahead. In the lunar of Te Tahi o Pipiri (late June or early July), Matariki reappears in the skies. The return of the stars signals the commencement of the Māori New Year. The proper time for celebrations of the Māori New Year is determined by the position of both the moon and the stars. Although the stars might be visible in the sky, the festivities of Matariki should not commence until Tangaroa, which is the last quarter moon of the first month of the Māori year. This normally takes place a few days after the first rising of Matariki above the horizon.

Cycles of life and death in Matariki:

Māori people frequently believed the appearance of Matariki in the morning sky signalled Te Mātahi o te Tau, which is the beginning of the Māori New Year. Astronomers would view the rise of Matariki just before dawn and cautiously study the appearance of every star in the cluster. These observations were used to predict aspects of the coming year, such as the likelihood of a decent harvest. Moreover, the Matariki period was a special time for fertility, celebration and remembrance. There were three things in particular that were vital: honouring and remembering those who passed away, celebrating the present and planning for the future ahead.

Before Europeans arrived in New Zealand, Matariki celebrations were quite popular and they continued into the 1900s. However, they gradually diminished with the final festivals taking place in the 1940s. Although, some iwi preserved regional knowledge about Matariki. Some new Māori customs and faiths, such as Ringatū, subsumed aspects of traditional Matariki festivities into new customs.

At the beginning of the 21st century, Māori people reintroduced the practice and traditions of celebrating Matariki as a time of peace and remembrance. Iwi had a prominent role in reintroducing interest in the celebrations of Matariki in the wider community. Iwi, whānau and hapu once again united together at Matariki to mourn family members who are deceased, to share kai (food), to whakanui (celebrate) and wānanga (have discussions) within their local communities. Some people hold traditional ceremonies at dawn to remember the names of people who have passed away since the last rising of Matariki as a form of farewell.

Books published by astronomy and mātauranga Māori expert Professor Rangi Matamua (Tūhoe) have provided guidance and knowledge to fortify the unique place Matariki had for Māori communities in the past, and its connection to the Māori understandings of their spiritual and natural world.

Events organised by institutions, facilities and local councils around New Zealand have also focused new attention on Matariki. Many events such as fireworks, concerts, star observations, kapa haka festivals and traditional hangis are held across the country. In 2017, the annual fireworks night in Wellington —which was previously held in November to observe Guy Fawkes— was changed to July in order to celebrate Matariki.

The revival of Matariki played a huge part in expanding the popularity of traditional Māori pākau (kites). Hekenukumai Busby, who is very knowledgeable about traditional navigation, believed that the ancestors of Māori officially welcomed Matariki by flying kites.

In 2020, the New Zealand Government formally announced its intention to declare Matariki as a new public holiday that truly recognised and celebrated te ao Māori (the Māori world); they intended for it to be held in 2022. A Matariki Advisory Group was established to inform ministers on when and how the new public holiday should be celebrated. Members of the Matariki Advisory Group were drawn from around New Zealand to ensure that the mātauranga (knowledge) was represented in an authentic and genuine way. The council will ensure the date of the Matariki public holiday will shift each year to align with the Māori lunar calendar —similar to how Easter aligns with the Gregorian Calendar (western).