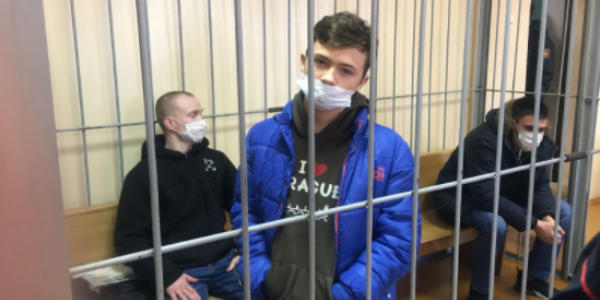 Posted at 14:17h in Student Blog by Jenna Edwards
Share

16-year-old Mikita was at one of the peaceful protests in his hometown of Homel, Belarus. He was detained because of this protest, and has now been held in solitary confinement and reportedly been tortured. He is also not getting the medical treatment he needs for his epilepsy.

As stated by his father, it happened in August 2020, when Mikita was with a friend in the main square of Homel city, southeastern Belarus. People had been peacefully protesting after the recent presidential election results when the police intervened. As reported by Mikita’s father, the crowd started running. Someone informed Mikita to run too, so naturally he listened.

The next day (August 11, 2020), police arrived at Mikita’s door and started using unjustifiable violence towards him and accused him of throwing a firebomb towards two officers the day before. Soon after, without evidence, they arrested Mikita and used excessive violence towards him with an electric shock truncheon. Officers then unlawfully interrogated Mikita without a lawyer or responsible adult present and then incarcerated him for six months before putting Mikita on trial.

Mikita was then convicted of mass disorder and using illegal explosives. Without evidence, the judge sentenced Mikita to 5 years in a child educational prison colony in Belarus. From that time on, Mikita has been detained in solitary confinement and has allegedly been abused.

Mikita is just a normal 16-year old boy and he is experiencing an unfair and inhumane fault in the justice system, just like many young activists around the world. His parents are afraid and are calling for their son to be released.

This term, the Amnesty Council will be doing a Write for Rights event where we write letters to send away and put up QR code posters to sign a petition in support. Do your part in helping with such a cruel case by signing the petition link to urge the Belarus justice system to actually serve justice.