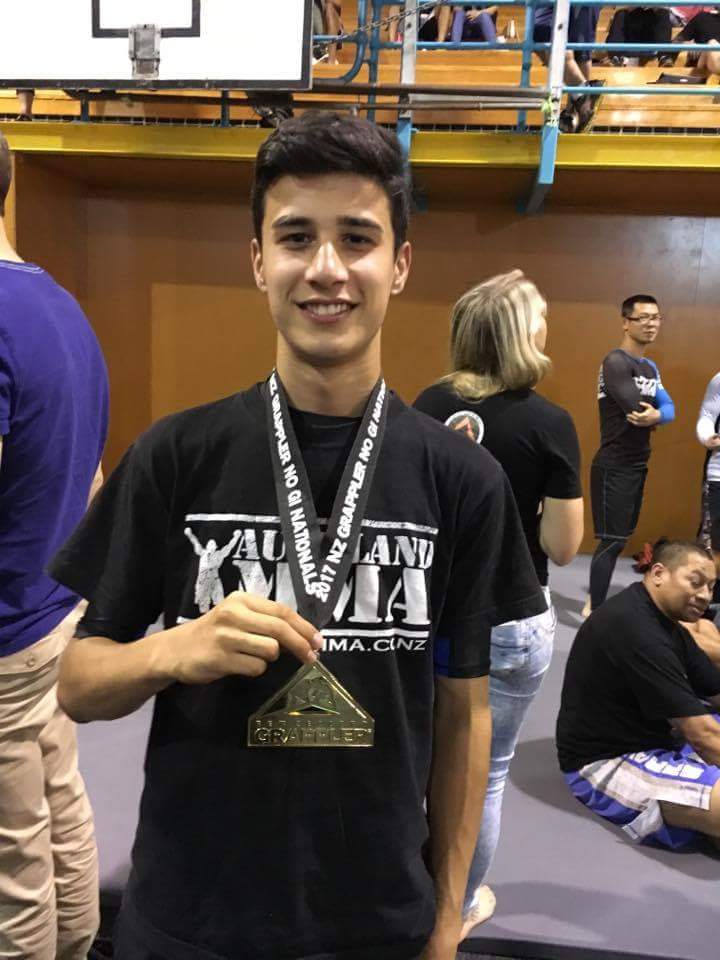 On Saturday 1st April, Year 12 student Liam James competed in the Brazilian Jiu Jitsu (BJJ) No Gi Nationals, an annual competition involving clubs from all over NZ. There are two types of competition in BJJ, Gi and no Gi. There is a great explanation of the differences here.

After a great performance, Liam won Gold and is now the national champion for his division. He has trained very hard for this event and, over the past month, has been training up to 10 hrs a week.

Liam has been doing martial arts since 2007 (aged 6) when he started Taekwondo. In 2009 he won the Taekwondo full contact Nationals and was the National champion for his division in WTF Taekwondo.

When he moved to Waiheke Island in 2009, Liam started doing BJJ and grew to love it. Naturally, when he moved back to Auckland in 2013, his first priority was to find a BJJ club. Not long after, he joined Auckland MMA, where he still trains today.