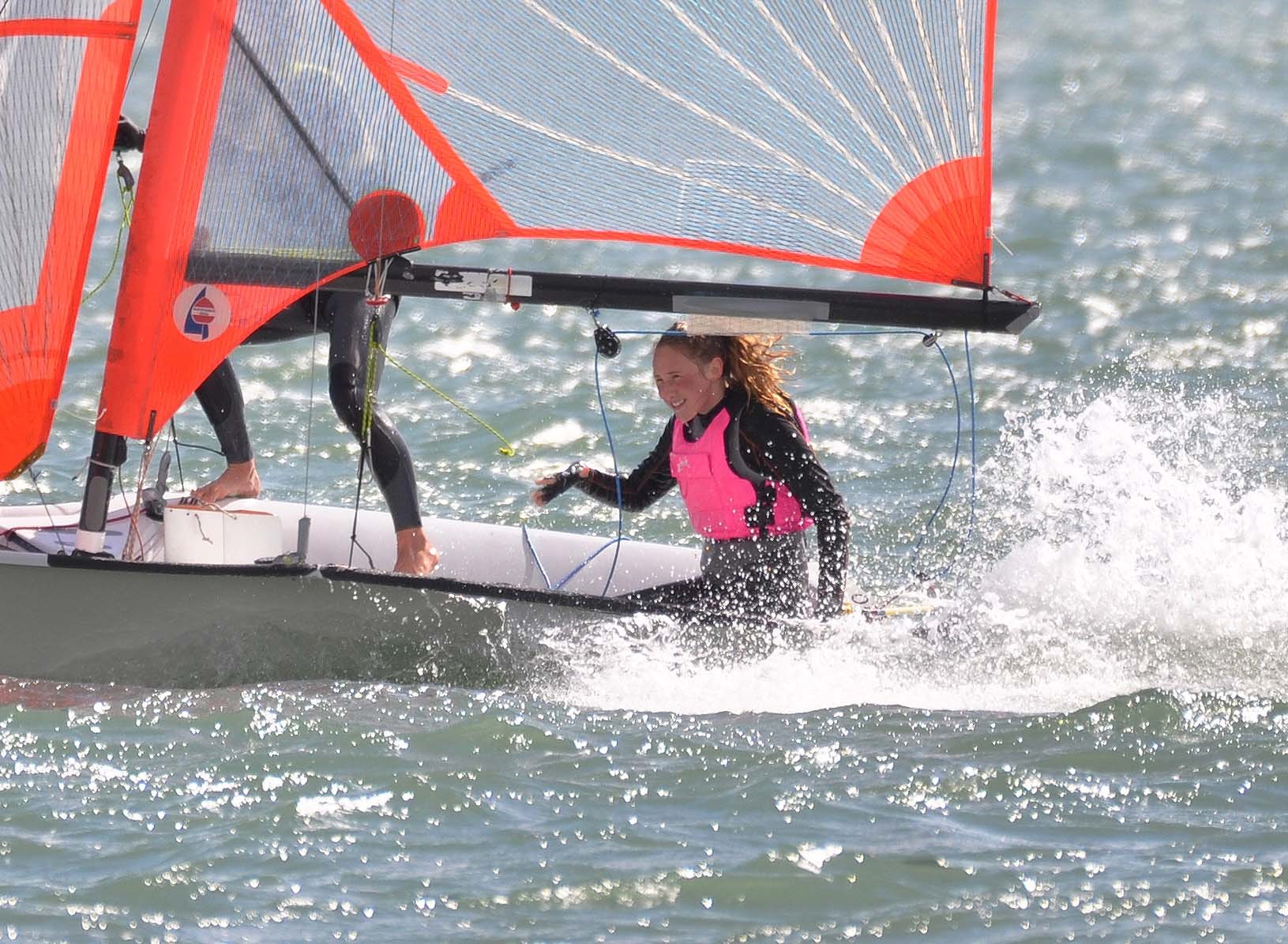 Year 12 student Jessica Eccles, is currently in training for the world 49er sailing championships in December 2019.

As a member of Pakuranga Sailing Club, she came 4th in the mixed teams in the recent 29er NZ National Championships.

According to her coach, John Cobb, at Pakuranga Sailing Club, it is likely that Jess is currently the youngest female 49er competitor in the world. He adds, “Racing skiffs are physically demanding to sail, requiring stamina and endurance as well as a high level of skill. The NZ 29er national championship was a 4 day event and the World Championships will be held over several days with from 6 to 8 hours on the water each day. Core strength is critical in order to sail these racing yachts, as both the helm and crew use trapeze wires”.

In order to increase her stamina, Jess will be making use of the College’s fully equipped training room.

Her main competition in the mixed teams will be sponsored, professional sailors in the 20 to 30 age bracket who train and compete full time at venues around the world. As a result, Jess will be working extra hard to be in peak condition for December.