Gina Plays Her Way to Success 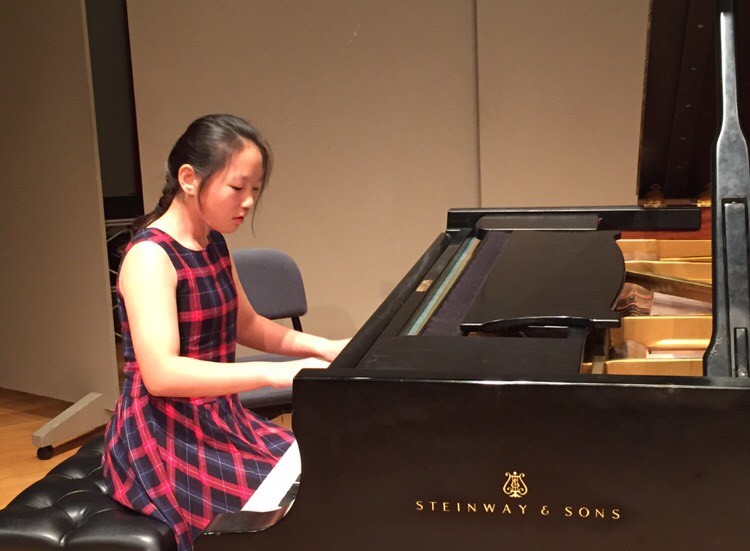 Posted at 09:34h in Music by Roisin Lamb
0 Likes
Share

It’s not always easy to find out about those Pakuranga College students who have significant achievements. Some of them, like Gina Gao, are very modest and are happy to fly under the radar. However, a little birdie (in the form of her Music teacher, Mr Young), told us that Gina has been quietly collecting a pile of accolades, so we decided to investigate.

Gina, who is 13, has been playing the piano since she was 6. At first, she learned from her mother, who is a piano teacher, but she now takes lessons with Richard Liu, who also teaches for the Pettman National Junior Academy. Gina was selected for this prestigious academy when she was in Year 8 and she now attends to learn music theory as well as studying technique with Mr Liu.

Not content to learn just one instrument, she has also been playing the violin since she was 10 year sold and started the flute this year. When I asked he how often she practices she said, “Well piano is my real love, so I usually do 2 or 3 hours every day. If I have time, I also do half an hour of flute and half an hour of violin too.”

With such dedication, it is hardly surprising that Gina has been winning prizes in a number of Auckland music competitions recently. At the South Auckland Performing Arts Piano Competition in July she won the Overall Championship Award in her division and at The North Shore Performing Arts Competition she was awarded 1st place in the Romantic section.

We will definitely be keeping a close eye on this talented young lady, to see how she gets on in the future. 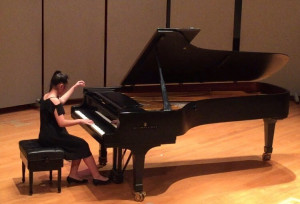