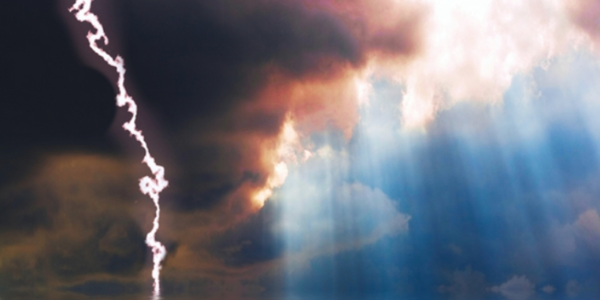 Posted at 13:50h in Student Blog by Jenna Edwards
Share

Angry claws of flickering light scratch at the dark tainted sky, shortly followed by a raging roar from above, threatening destruction and echoing fear. We are in the eye of the storm, or at least that’s what it feels like right now. With every new, awful thing that’s happening around the world, it feels like the view of a normal reality is slipping a little further away.

Everything began to pile on top of one another with the wildfires that turned skies a deep warning shade of orange, a dreaded global pandemic causing widespread disruptions and anxiety, and now a war between Russia and Ukraine. Headlines like “World War III”, “ Nuclear War” and “Bombed Maternity Hospital” are leaving our hearts in our stomachs. It’s beginning to feel like we are drowning in the world’s problems, gasping for air. The frightening weather currently tearing through Auckland feels like a symbolic gesture of our overwhelmed mindsets. Teenagers especially are being left flooded by stress, about both our lives and the greater world.

Despite this, we still have all these expectations of us. We are left not only feeling crushed by the world but also crushed under social pressure. As our world gets harsher, the people around us are tending to follow the same trend. We are still rained on by assessments, college applications, making that team, finishing that homework, and generally just living up to the expectation of others. It has become our new reality.

The great Albert Einstein once said, “Everyone is a genius, but if you judge a fish on its ability to climb a tree, it will live its whole life believing it’s stupid.” This reminds us that, as our reality becomes uncertain and everything starts to feel impossible, we have to be fair to ourselves. We must not fall into the safety net of accepting, thus believing unjust judgments. This is humanity trying to drag us into becoming another mindless pawn in society’s game of chess.

Checkmate. You must make your reality what you want, not what someone else expects of you. It is important to jump off this subconscious train and not let our new overwhelmed mindsets lead us to give up on our dreams. As said by Lee Atwater, understand that “perception is reality.”

I’m not saying we must pretend the world’s problems are obsolete, but we can’t let them affect our motivation to weather our own storm. The world was never and will never be perfect. Perhaps when we get caught up in navigating the world’s treacherous storm we forget that, in reality, it’s only a storm in a teacup. The mindset we take can change everything. So… fight or flight?