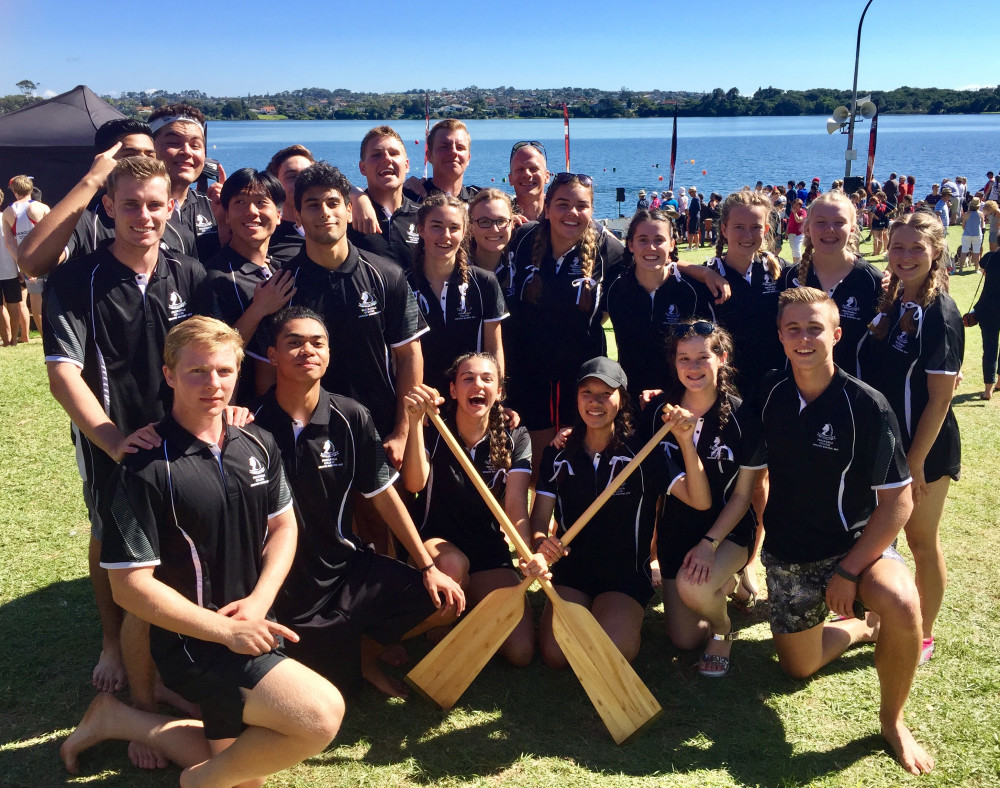 The Auckland Regional Secondary Schools Dragon Boat Championship was held on the 19th March. Pakuranga College took a team of 21 students up to Lake Pupuke, competing against schools from all across Auckland.

We started the day with a win in the first 500m heat, and second place in the next heat allowed us to progress to the 500m Grand Final. We then managed a come-from-behind victory to take the 500m title.

The team also managed to reach the 200m Grand Final. They didn’t win, but did well in contention and put in a very strong performance.

Thanks to Michael Hunter, Veronica Arnold, Billy Merchant and Harold Russ for their assistance with training.