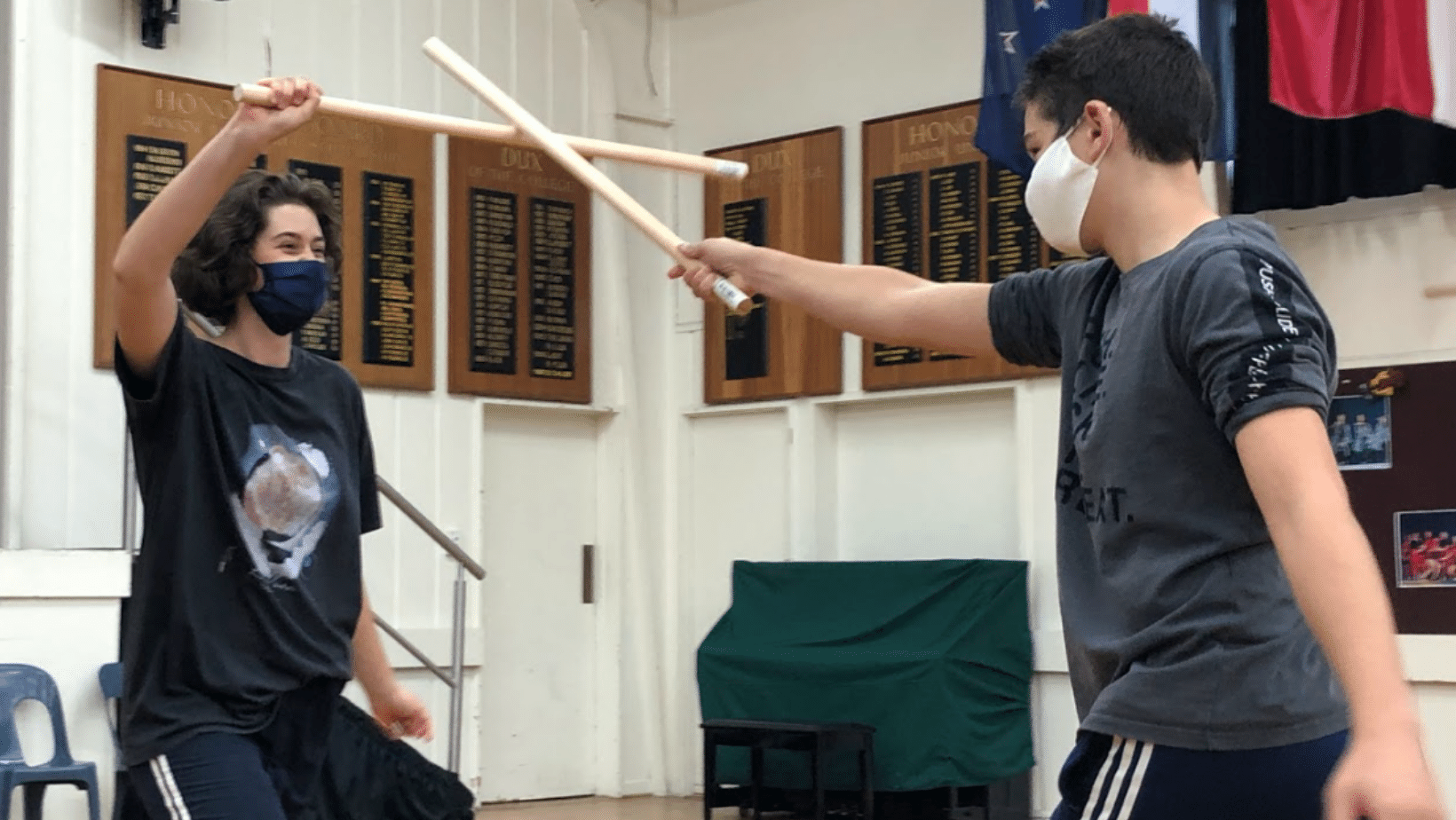 12 May Combat Class for Year 13 Drama

Posted at 10:54h in Academic by Jenna Edwards
Share

On Tuesday, the Year 13 Drama class took part in a stage combat workshop with one of New Zealand’s top fight choreographers, Alexander Holloway. The Artistic Director and founder of the New Zealand Stage & Screen Combat School, Alexander led the class through a number of hand-to-hand stage combat techniques, and helped choreograph the opening fight scene in the upcoming Year 13 production of Romeo & Juliet. Alexander will be back later in the term to choreograph the remaining combat scenes, as well as run non-curricular workshops for those enrolled in Drama. The Year 13 production of Romeo & Juliet will be occurring in Week 10 this term, stay tuned for more details!