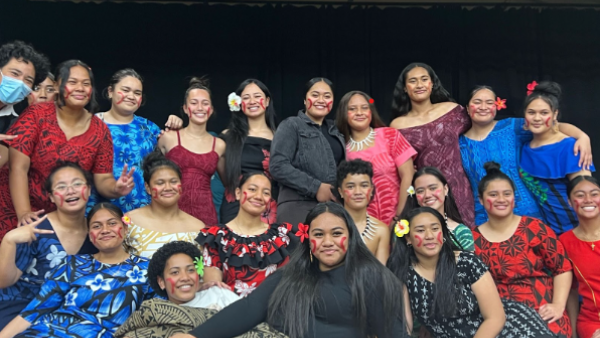 Posted at 11:47h in Co-curricular by Jenna Edwards
Share

Samoan Language Week at Pakuranga College was a major event for Samoan students, and it was also the first time we had something like this to honour and celebrate our culture through dancing and minor activities such as photo frames, kahoots, and getting people to introduce themselves in Samoan. Samoan Language Week has assisted Samoan students born and raised in New Zealand in learning more about their cultural roots and gaining a better understanding of the Fa’asamoa and their traditions.

On Wednesday 1 June, we hosted the primary event to mark both Samoan Language Week and Samoan Independence Day. We thought it was necessary to have the big activities on Samoa’s 60th anniversary, so we incorporated a flag-raising ceremony to respect and commemorate an important day in Samoa’s history, the day we became an independent sovereign state in 1962.

It took us a week to prepare for this event, and our Samoan cultural group worked tirelessly to ensure that everyone enjoyed themselves and received a clear message about our cultural heritage. We were able to pull this off successfully with the support of our young Samoan participants as well as the amazing support from our teachers Mrs Lafaele, Mrs Atiola, and Ms Enari.

Our main goal for Samoan Language Week was to get everyone to see and experience the beautiful features and traditions of our culture. It is also known as the third most spoken language in Aotearoa, and we wanted to showcase to everyone that Samoa is more than just a language, but also an island with people who value knowing your roots.