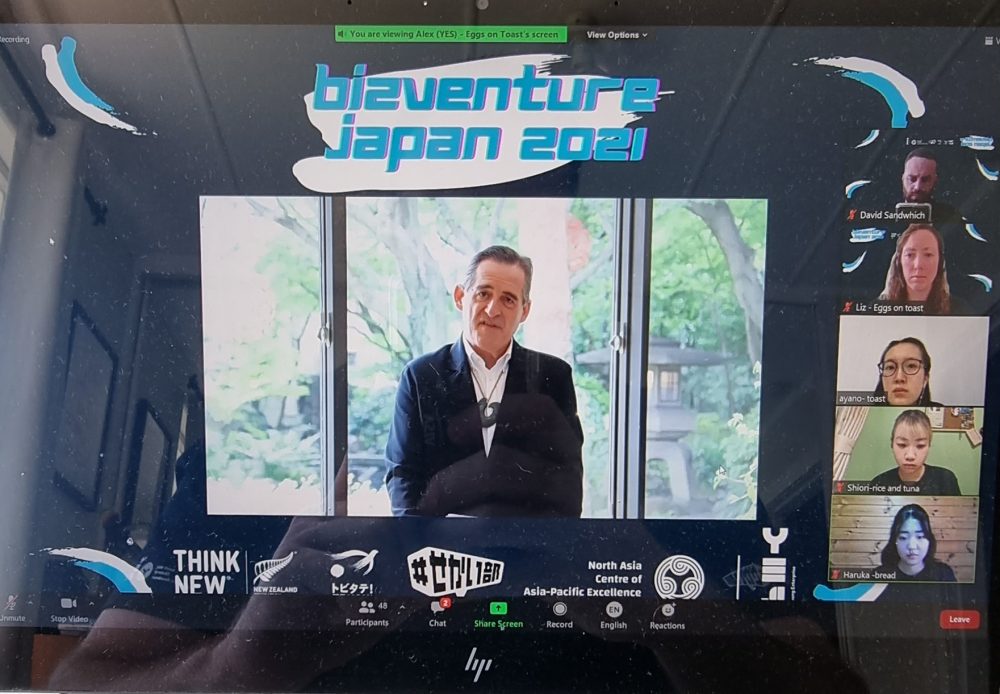 After submitting video applications, Year 13 Business Studies students, Abirami Kabilan and Kimberly Hauser were chosen to represent New Zealand and Pakuranga College in the inaugural BizVenture Japan competition. The competition involved 20 students from all over Japan and the same with New Zealand.

The event was held from 17th-20th September and was conducted online through a series of Zoom calls. BizVenure Japan was delivered by the Japanese Ministry of Education, Education New Zealand, North Asia CAPE and the Young Enterprise Scheme (YES). Students were put into groups of five and had 48 hours to develop both a business plan and a 5 minute business pitch. Their brief was on one of 3 Sustainable Development Goals (No Poverty, Gender Equality and Good Health & Wellbeing). Teams had to conceptualise a product or service that could be sold to help address the issues embedded with these SDG’s in Japan.

The finals of the competition were held on the Monday afternoon. Congratulations to Abirami and her team for taking out the Pitch competition as well as an additional challenge in which where teams had to act as travel agents and convince the Japanese students to visit their chosen part of New Zealand. Abirami pocketed a cash prize of $400.

Guest speakers included, Japanese Embassy leaders, Gillian Greer, Hamish Cooper and more. It was a compete whirlwind four days with some late Zooms happening due to the time difference. Kimberly and Abirami both expressed how much they enjoyed the competition and how awesome it was to form bonds with other students across NZ and also in Japan.