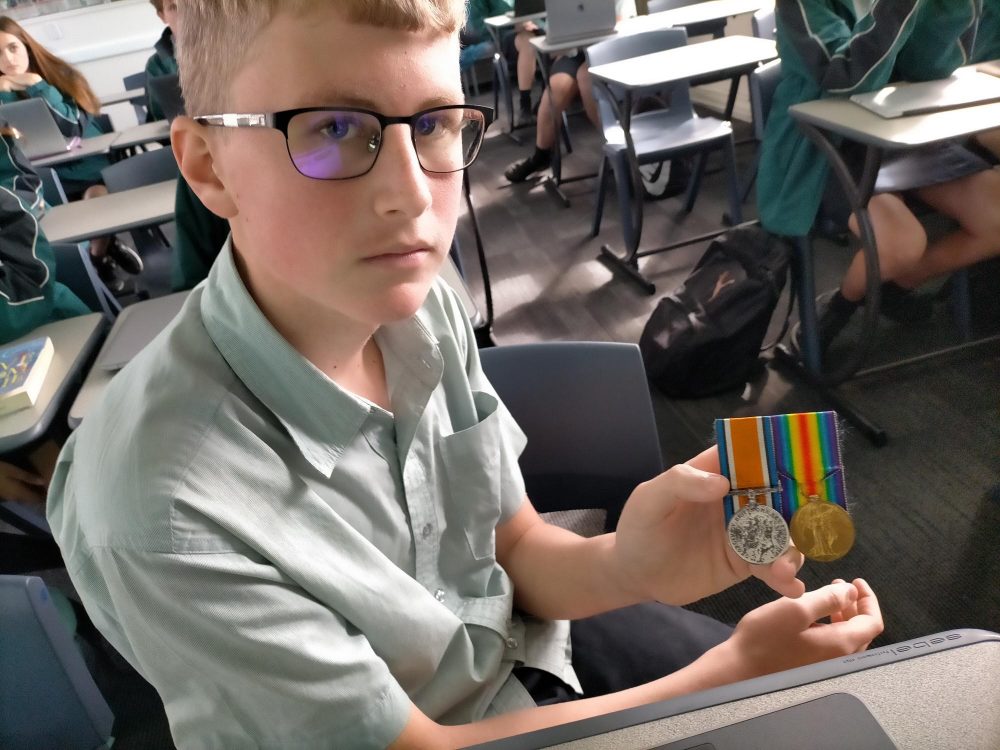 Posted at 10:33h in General by Roisin Lamb
0 Likes
Share

As part of this year’s ANZAC activities, Year 10 History students were visited by retired teacher Mr Graeme Driver, who who spoke to them about his father and grandfather’s service in WW1 and WW2.

While visiting our Social Studies class, Mr Diver talked about their experiences and even showed us primary sources of his father and grandfather’s achievement. The medals they received for their service provided us with a first-hand account of the wars. Mr. Diver also showed us secondary sources as magazines available during the war. He explained how propaganda was used to belittle the Germans and encourage young men to fight for the British Empire. Secondary sources are analyzed and interpreted versions of primary sources.

Mr. Diver also explained that the young men heading out to war were very naive and expected the war to be over soon. Most soldiers had never been overseas and took war as an opportunity to seek adventure. However, the conditions the soldiers were met within the trenches turned out to be so bad that some would purposely injure themselves to be taken out of action. One way they did this was by placing a candle on the palm of their hand at night or getting another soldier to shoot their palm with a sniper.

We were also shown how words that we commonly use today took on a completely different meaning back in the war. Nowadays, when we use the word ‘chat,’ we refer to light, friendly talk. During the war, there was an evident lack of hygiene and sanitation. This resulted in many of the soldiers getting infested with lice. Although the word ‘chat’ back then was used to refer to informal talk as it is used today, it was also a time for soldiers to gather around and pick the lice out of their armpits.

To finish off, Mr. Diver read us the poem “Why Wear a Poppy?” by Don Crawford, which explained the importance of wearing a poppy. The author states:

“And the poppy there is a symbol for

The gallant ones who died in the war,

And because they did, you and I are free,

That’s why we wear the poppy, you see.” 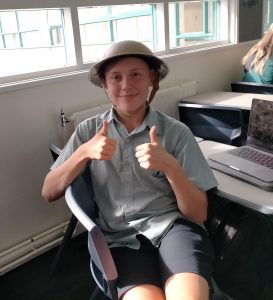 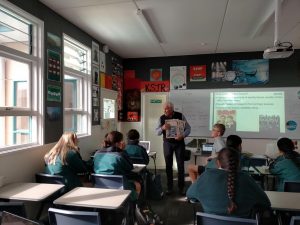